You are searching for ways how to make your financial situation better and wondering what is the best and fastest way?

I get it, there are a lot of ways how to make money, unfortunately, there are also misleading products, scams, and Ponzi schemes out there.
How about investing in cryptocurrency with Mining City. 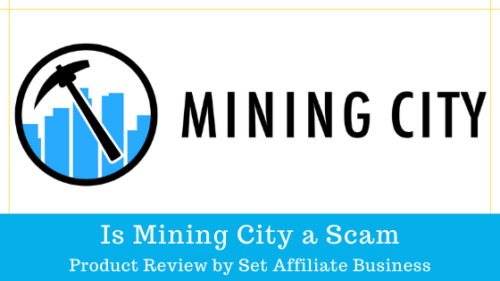 What is this system all about?

Is Mining City a Scam?

This article is going to explain what the Mining City is, how to works, and whether this is a good opportunity for you, or not.

Disclaimer
Please note, I am not a member or an affiliate for Mining City. This review is based on research and information available online in the public domain.
Any recommendation and conclusions are only opinions and may not apply to all persons or situations.

Mining City is an MLM company dealing with cryptocurrency. Other than that, there is no real product that a member of this company can sell. So the only money one can make is through recruiting new members.

This is the main problem with the Mining City – it operates as a pyramid scheme (or Ponzi scheme).

Their website gets a lot of visits so far since the company was founded only at the end of 2018.
It is still new and therefore some people still can “earn” some money – but this money comes from the new members.

My advice is – Do not join the Mining City.
It will eventually crash and it is just a matter of time.

How to make money online?

I am not involved in MLM kind of “business” since no MLM is viable anymore.
The easiest way how to generate consistent income online is Affiliate Marketing.

It requires an effort and a bit of time but I started to work on my website at the beginning of 2019 and now I make 4 figures.
Where did I learn how to create and monetize the website?

This is the method I have been using and soon I will be able to outsource some of the work, so it can free up my time.

What is Mining City

Mining City is a system that supposedly brings people who are interested in obtaining (or mining) the Bitcoin, together. Apparently, they provide recent technology and maintenance for their customers.

In other words, this company provides services for clients regarding bitcoin mining. 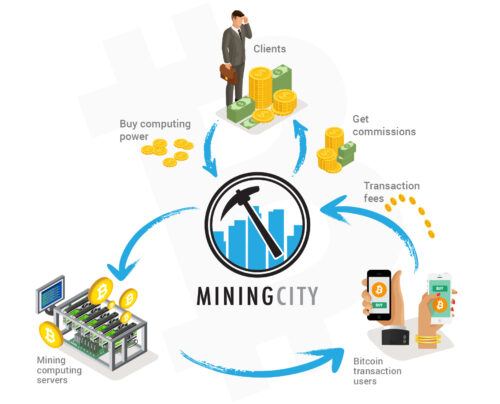 Let’s explain what is the Mining City about in a simple language.
This is a crypto MLM company where the money is being made by recruiting new members.

Here is a video that explains what the pyramid scheme is. :

What else do we know about the Mining City?

The founder and current CEO is one person. His name is Gregory Rogowski. 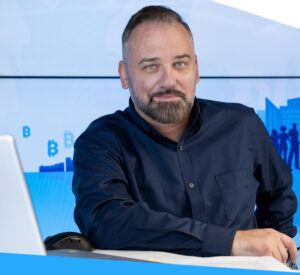 He uses also aliases and can be recognized as Grzegorz Rogowski or Greg Strong.
This Gregory guy comes from Poland and it is believed the real headquarter of the Mining City is in Warsaw, Poland.

We don’t know where the real company is based though. There is no real address.

Who is this for?

By now you are most likely aware of the fact the Mining City is most likely a pyramid scheme.
Therefore I don’t recommend joining this company.

I am pretty sure you know how the pyramid schemes work. 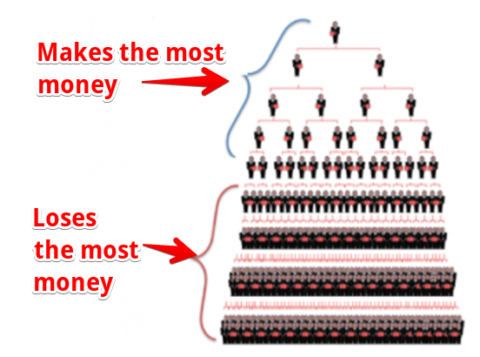 The only ones who really make money are at the top. As soon as there will be no new members, the system collapse and the founders will disappear.
The rest will lose all the money.

How to Join the Mining City Group?

In order to register, one must provide the user name of a sponsor. The sponsor will receive a commission based on the plan the prospect chooses. We will get to the price structure in a bit.

Once you choose your plan you are asked to transfer your funds to Mining City BTC Walle within 30 minutes.

There is 72 hours refund policy, however, if registered in Citizen Tree the refund is not possible.

Every MLM company has a complicated compensation plan. I am pretty sure the majority of people joining the MLM does not understand it entirely. That is actually on purpose.

It is the same case with Mining City. You can read the whole document here, but I am sure, even if you open it, and read it through, it won’t be clear right away.
And that is not your mistake.

Let me break it down for you:

As you know there are different levels or ranks within the structure. The higher rank you are in, the more money you make, that makes sense right? 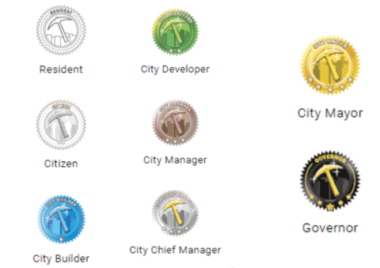 What are the rankings?

Can you imagine to find 5 persons who would pay $600 each?
Well if you do – more power to you, but it is pretty darn difficult.

In theory Mining City offers residual commissions. These are the money that comes from your downline.

The maximum daily earnings depend on the rank but it goes as follows:

In the Compensation plan, there is alos a Binary Matching Bonus and a Plan Bonus, but we won’t go into that for a sake of time.

How Much It Costs?

This entire system relies on people hoping for big returns. 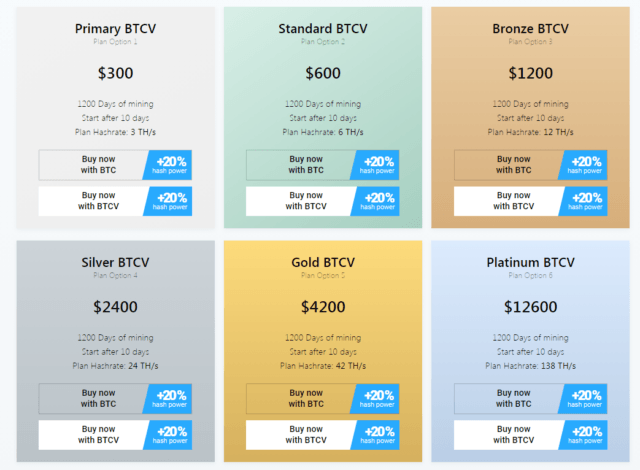 Above is just a screenshot of the member’s site right before deciding on what plan to buy.

Is Mining City a Scam?

Mining City is still a new company, founded less than 2 years ago (as of this writing). New members keep coming in hoping that they will reap the rewards of their investment.
At this point members who are already in higher levels of this pyramid scheme do make money.
Or to be precise they only get money from new members.

Once the majority of people find out that this is a fraud, there will be no new members. That means no source of income and this whole thing will collapse as a result of that.

What I find extremely unethical is the way how new members are recruited.
Of course, it depends on the sponsors, and probably not all of them force the newbies to “expand their team”.

But generally speaking, a prospect is told to recruit the closest one, meaning family members and friends.
These are obviously the closest “targets”.
But would you risk it?

In my opinion, whenever there is a combination of MLM and cryptocurrency, it is almost always a pyramid scheme.
I mean, I am not a big fan of traditional MLM either and the reason is that most people just won’t make decent money.

I have done a little study where I compare both business models. MLM and Affiliate Marketing. 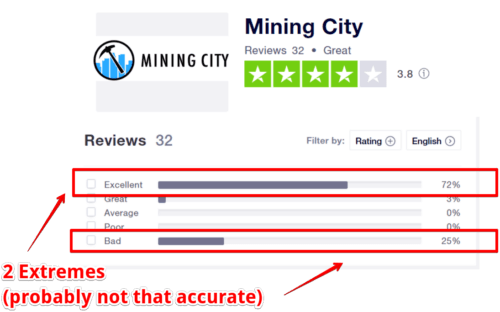 Out of 32 reviewers, there is not s single one rating the Mining City Average or Poor.

To me, there is only one explanation; 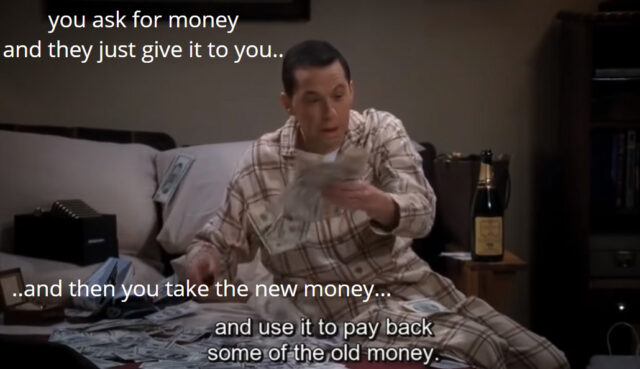 Besides here is an official warning about the Mining City saying that Philipines regulator warns investors to stay away Mining City: 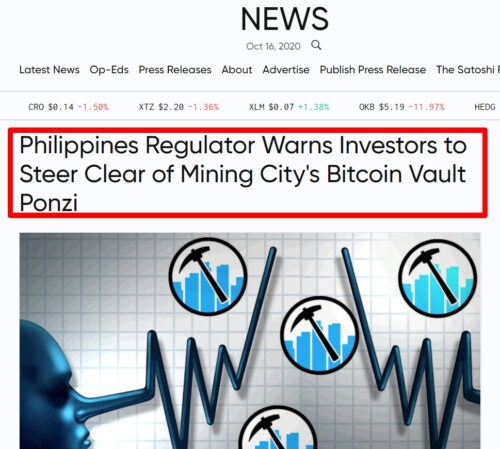 I think the message is clear enough and there is no doubt that Mining City is going to crash soon.

Some Thoughts at the End

Mining City resembles a typical Ponzi Scheme.
However, for time being there is no proof that this is a Ponzi scheme.

On the other hand, based on what we have covered it is safe to claim that Mining City is a scam.
Money that is within the company is money that the new members bring in.

There is also no product and the only way how to make money is by recruiting others.

My advice:
Stay away from this pyramid scheme at all costs.

It is much better to save the money or maybe to invest in a sort of education.

The Mining City is going to be around for a bit more, maybe 2 weeks maybe 2 months.
Who knows, maybe for another year.

Let’s see what happens with the Mining City then.

Do you have already experience with a similar crypto MLM company?
What do you think about the Mining City?

Let me know please in the comment section below. I would love to hear from you.

Thank you for reading
Mike. 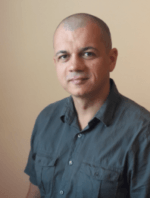 I am Mike, and I am a founder of  SetAffiliateBusiness.com.

I have been learning internet marketing since 2014. In the first couple of years I encountered numerous scams, misleading products and got sick and tired of it.
With Set Affiliate Business I want to help other people to learn how they can avoid the scams, and how to get on the path of creating a sustainable business online.

You can read more about me here.
If you want to get in touch with me, please leave a comment or write me an email.

This is No Ad 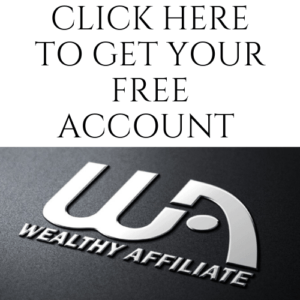